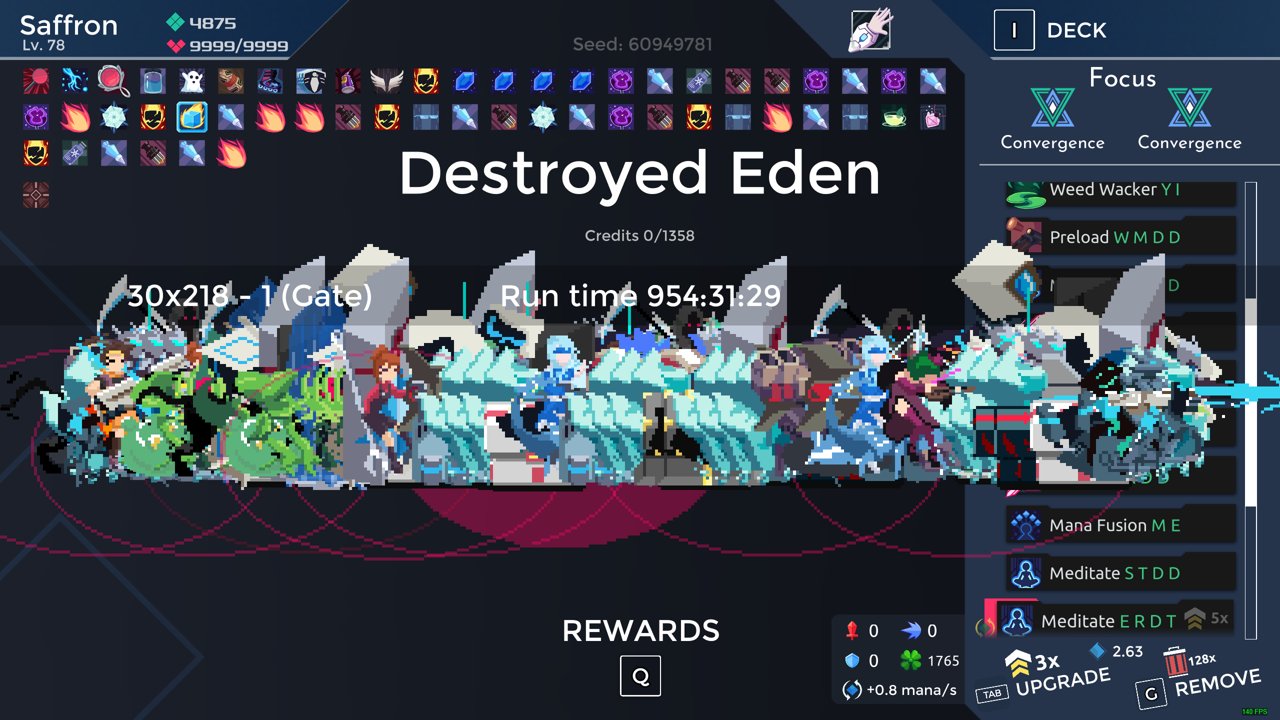 To my knowledge, this is the farthest recorded loop in One Step From Eden. It consumed a weirdly large amount of my life, so I figure I should probably note down a few things in case someone wants to take a crack at it.

High-loop runs have almost nothing to do with the standard gameplay of One Step From Eden. The foundation of any loop-capable deck is Pocket Sand + some source of instant shuffles, usually Duel Disk; the goal is to run through your deck in under 1 second, reactivating Pocket Sand and maintaining permanent invulnerability.

Strong mana-generating spells or artifacts are crucial, especially because you’ll likely have to chew through the Jams added by Duel Disk; Blueberry Jam helps for this. Slap a Ghost Costume on top to cover you while you’re setting up (or eating through first-shuffle Consume spells), and you’re good to go. Since you can’t be damaged, your loop distance is limited only by your patience.

Of course, by loop 30, enemies in hallway combats have nearly 100,000 HP, often with hundreds of defense, and Loop 30 Gate starts with 40,000,000 HP; plinking away at this 1 HP at a time isn’t practical, so ideally your deck does something other than making you invincible. 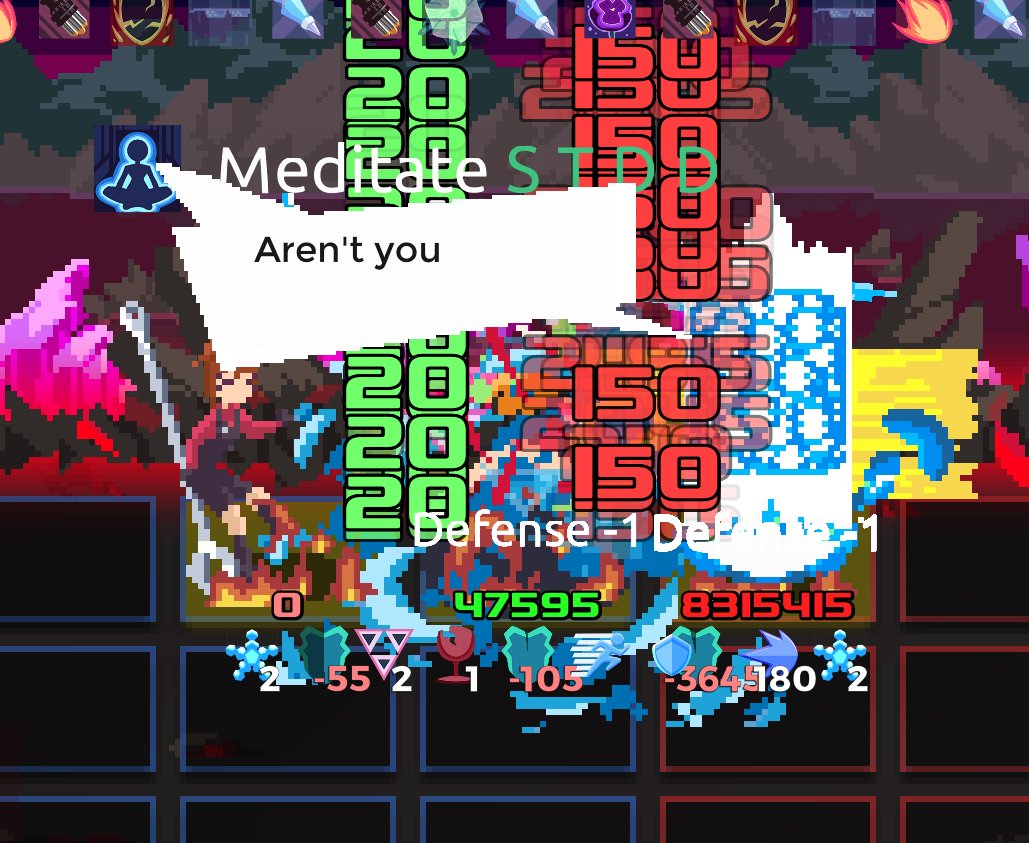 Some options that I’ve experimented with in loop runs:

As you may have noticed, on high loops, Eden is more about managing game performance than the power of your deck or artifacts. (This isn’t because of my weak PC, either, I’m using a Ryzen 3900X and an RTX 2080 Super.) You’ll want to carefully manage overlapping artifact interactions and multihit spells, and even with the most “optimized” deck, you may need to periodically restart the game to clear up some lag, since the speed of your spellcasting is limited by the speed the game will accept your inputs. I recommend medium-speed turbo macros for both the A and B buttons. (Remember, running through your deck quickly is how you remain invincible!)

I highly suggest playing as Saffron to avoid the Saffron fight—boss Saffron’s Second Soul leaves her invulnerable for a very long time and allows things like Thermite chain-reactions to continue hitting her, prolonging the fight by introducing tons of lag.

You can also abuse the hell out of refreshing shops in loop runs, since pacts quickly become the least expensive way to get upgrades; I ended with over 100 removals, and most of my spells had 4+ upgrades each (fishing primarily for Doublecast), to say nothing of the crazy max HP you can rack up. Note that no matter how many times you upgrade a spell, it’s impossible to get more than two Doublecast upgrades.

Don’t confuse easy removals with easy respecs, though. Acquiring multiple copies of spells takes multiple loops, and an inefficient deck will drastically slow you down. Once you have the Pocket Sand engine running, things should be pretty straightforward, but try to keep your deck as lean as possible until you see the “right” tools.

I decided to end my run at loop 30, since it seems obvious that it could have looped at a similar pace forever. As far as I’m concerned, I’ve “beaten” this aspect of Eden; I’m done with looping for a while, and I’ll probably put most of my playtime into HP13 winstreaks going forward. If you’ve managed a farther run, let me know!