Hey, so this thing finally showed up on Steam. 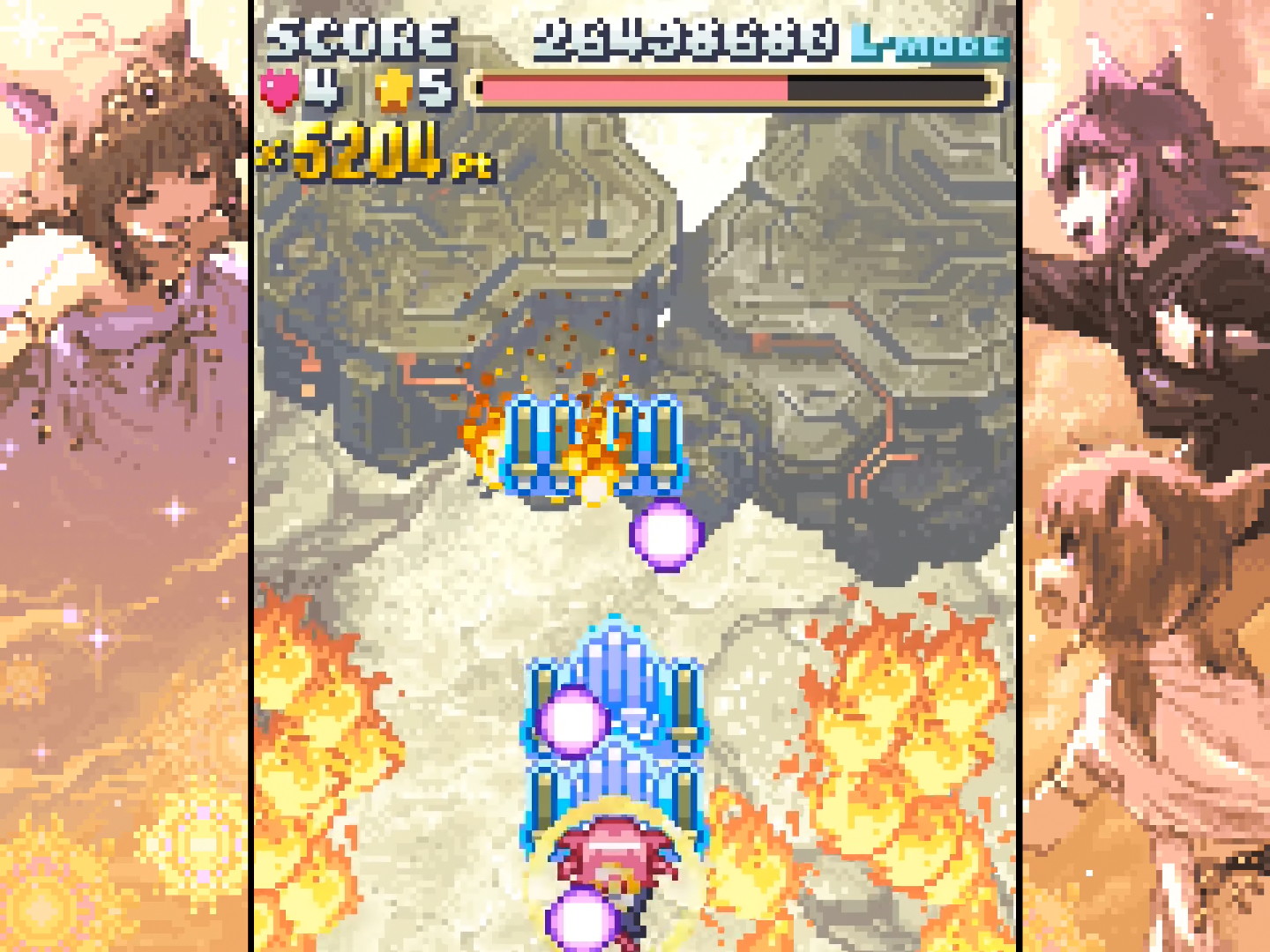 A lot of shmups have one-pixel hitboxes, but Ten and Till is the first I’ve played with a hitbox smaller than one pixel. I wouldn’t be surprised if it’s the smallest hitbox in shmups, and the game leans into it hard, filled with dense and intimidating bullet-walls. Turns out, after discarding your intuition and every scrap of self-preservation instinct, you can just walk right through.

The opening stages kinda drag, spending a lot of time at low dififculty, so I was surprised to find so much waiting for me once the game ramped up. By the midpoint, most screens feel like they could be the final boss of another game, but the patterns are smart and sight-readable, built with juuuuust enough holes to cross your fingers and slide out.

You’re constantly presented with situations that would only happen in other shmups if you’d seriously fucked up, slipping out of manic clusterfucks as they push you up the edge of the screen; a little time to reflect, wondering how the hell you just survived, and it’s on to the next barrage, with constant variety and a few excellent setpieces ensuring that the feeling never wears off. 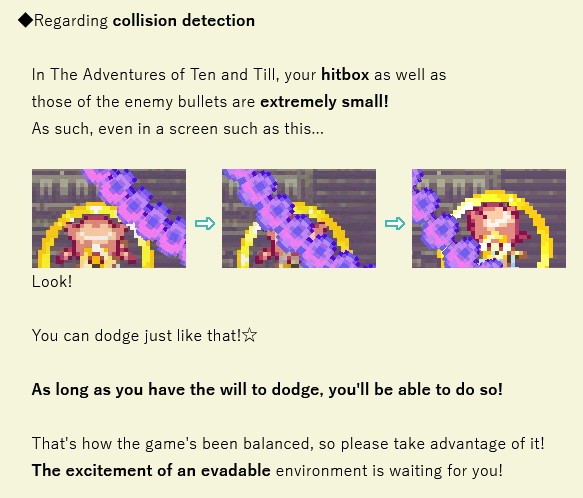 Scoring is neat. You’re handed tons of shield items, each blocking a single hit; with two shields already active, extra pickups build a multiplier instead. The multiplier temporarily turns off if you lose your shield, but recover and it comes right back, with lost potential as your only punishment. Add some pointblanking incentive, and the result is something worth sinking your teeth into while still remaining casually approachable.

The abundant shields make survival very friendly; I was able to 3cc (the maximum allowed continues) on my very first play, and I suck ass, though it was pretty close. Casual searches suggest better players have crushed the game in similar fashion. There’s also an option to enable restarting from your last stage, so players of any level should be able to see most of the game.

One big caveat: This game was originally released in 2016, but feels like a 2000s-era doujin fighter when it comes to config/features. Locked 800x600, controller setup is jank, and if you can hack your way to working TATE please email me. The “focus” feature also shares a button with shot type switching, which feels like completely avoidable control overlap and will give you at least one accidental swap. You probably know whether you consider these sticking points; if they’ll piss you off, maybe wait for a sale to insulate that.

I can’t bring myself to end on a negative, though. The overall presentation is fantastic—besides the art, which you already know is gorgeous, the soundtrack is lovely, running the gamut from “cute and cozy” to “holy fuck when did this game start going so hard”. The SFX are pretty subtle for the most part, which felt strange at first but makes the game’s few flourishes really pop. Oh, and the soundtrack DLC is a welcome bonus, since it was missing in the original 2016 release.

TL;DR, Ten and Till is worth your time regardless of its technical deficiencies and slow early stages, offering screen-filling mayhem that can accomodate all levels of play. If you have any interest in the genre at all, it might be too fun to skip.